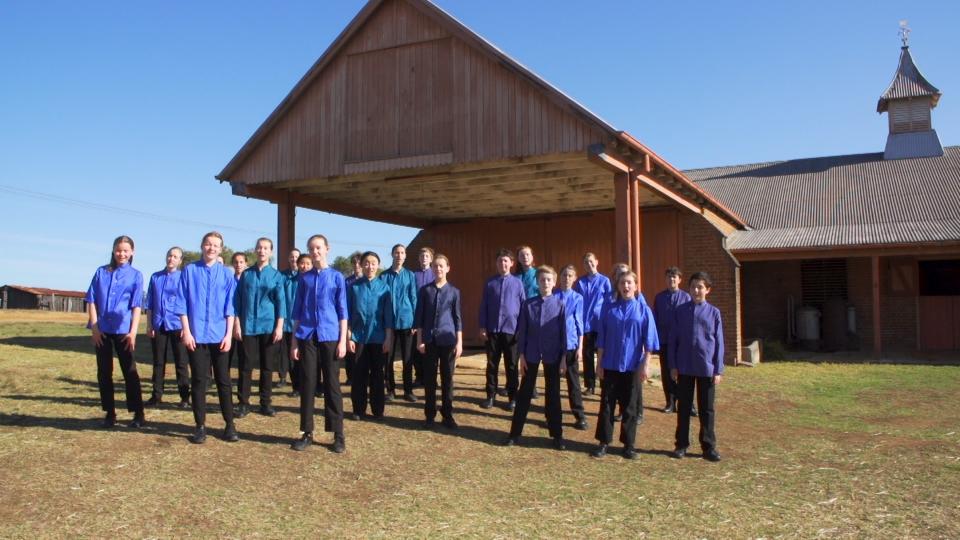 A new collaboration between the Sydney Children’s Choir and Rouse Hill Estate highlights the importance of news from loved ones when we are apart.

The project began when Lyn Williams, artistic director of the Sydney Children’s Choir, and associate artistic director Sam Allchurch sifted through some of the early 19th-century music scores at Sydney Living Museums (SLM). The plan was to pick a song from a collection belonging to one of SLM’s early house museums and to arrange the piece for the choir to perform and film onsite.

They decided on a song that had been discovered in a large collection of sheet music at Rouse Hill Estate, in north-western Sydney. ‘The Letter’ by Samuel Lover (1797-1868) was one of over forty printed music pieces that had been bound together in a single volume in around 1840. Individually purchased in Sydney in the 1830s, the pieces represented the playlist of a young wealthy couple, Lilias and Willoughby Dowling.

Written for voice and piano, ‘The Letter’ is one of a dozen tunes from a series called the Superstitions of Ireland originally published in London in the late 1830s (view the score online). Born in Dublin, Lover was the secretary of the Royal Hibernian Academy and was keenly interested in Irish traditional music and folklore. Each of these songs opens with a short paragraph describing an Irish superstition that sets the scene.

‘The Letter’ begins: A small spark, attached to the wick of a candle is considered to indicate the arrival of a letter to the one before whom it burns.

Over the wild and trackless sea;

Smooth be its waves, and fair the wind blowing–

Tho 'tis to bear thee far from me.

But when on the waste of Ocean,

Some happy home-bound bark you see,

Swear by the truth of thy heart's devotion,

To send a letter back to me.

Originally written for voice and piano, ‘The Letter’ was arranged for the Sydney Children’s Choir by composer Jessica Wells as a two-part choral work for 22 voices and accompanied by piano and violin. The choir rehearsed and made an audio recording under the direction of Lyn Williams before visiting Rouse Hill Estate for filming.

As well as performing and filming the new arrangement of ‘The Letter,’ the choir toured the house and grounds. They saw the now decommissioned Rouse Hill Public School, once a school to generations of local children and now a popular place for contemporary students to experience 19th-century school life. Passing between the house’s garden and the farm’s paddocks that roll towards the Blue Mountains, the choir made their way to the front door. From here they walked through rooms crammed with the possessions of six generations of family including a drawing room with a piano, a ‘push-up’ piano player, piano rolls, and piles of sheet music. Some of this experience is captured in the videography of ‘The Letter’, the Sydney Children’s Choir film now available online.