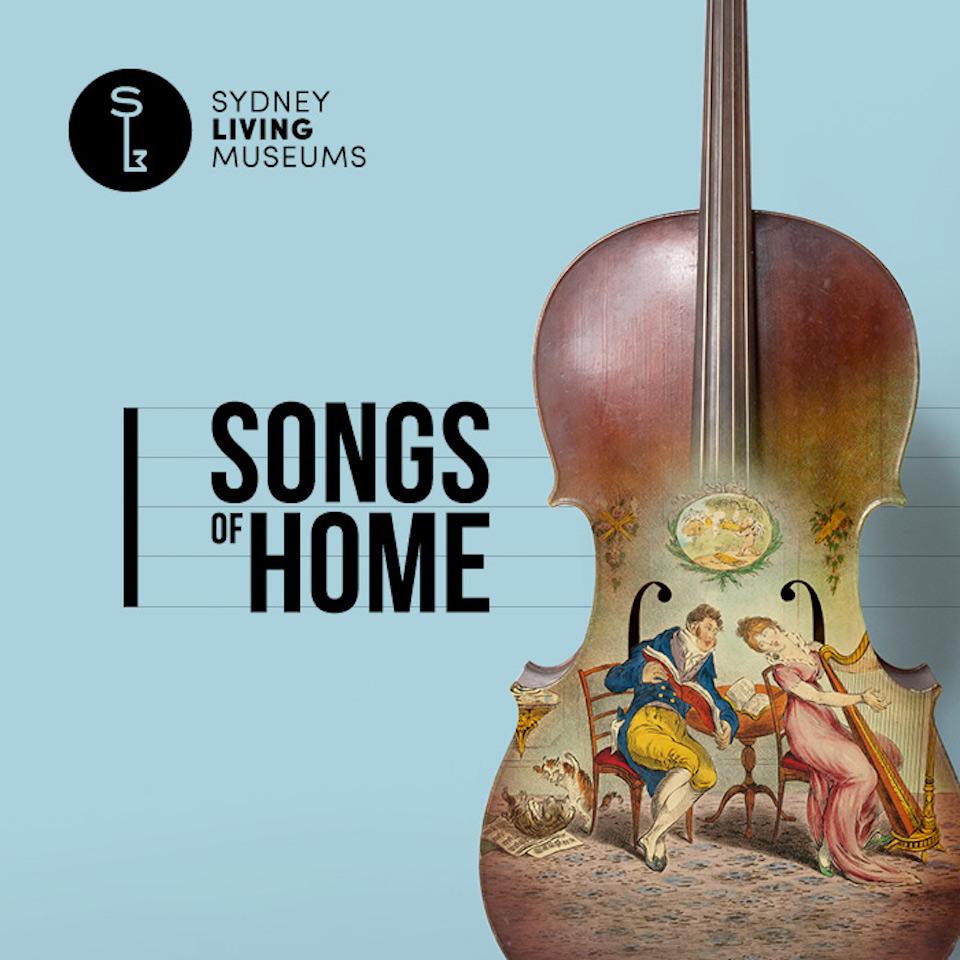 This exhibition at the Museum of Sydney explored themes of home and homeland, revealing the vibrant musical world of New South Wales during the first 70 years of settlement. Songs of Home ran from 10 August – 17 November 2019.

Songs of Home was curated by Sound Heritage member Dr Matthew Stephens (Sydney Living Museums), and draws upon work by Sound Heritage director Professor Jeanice Brooks as well as consultant curator Dr Graeme Skinner’s extensive research on both indigenous and immigrant music in colonial Australia. It begins with the music of the Aboriginal elder Bennelong, whose visit to London in the 1790s led to one of the earliest transcriptions of Australian music in Europe. Returning with Bennelong to New South Wales, the narrative explores how British settlers, convicts and colonial administrators used their own music to make new homes and remind them of those they left behind. Objects used for domestic music-making in Georgian Britain – including Jane Austen’s music manuscripts, on display in Australia for the first time – evoke the genteel practices that newly established settler families aimed to preserve.

The exhibition follows Australia’s first piano as it made its way from Britain to Elizabeth Farm in Paramatta, and traces the story of the Murray family and their musical possessions, hauled by horse drawn carriage over the Blue Mountains. Archaeological evidence from Hyde Park Barracks provides a glimpse of convict music-making, and paintings and transcriptions testify to continued contact with First Nations music as it was understood through the lens of national song. The exhibition features instruments, scores and objects from historic houses managed by Sydney Living Museums, and rare early Australian prints from SLM’s extensive sheet music collection. 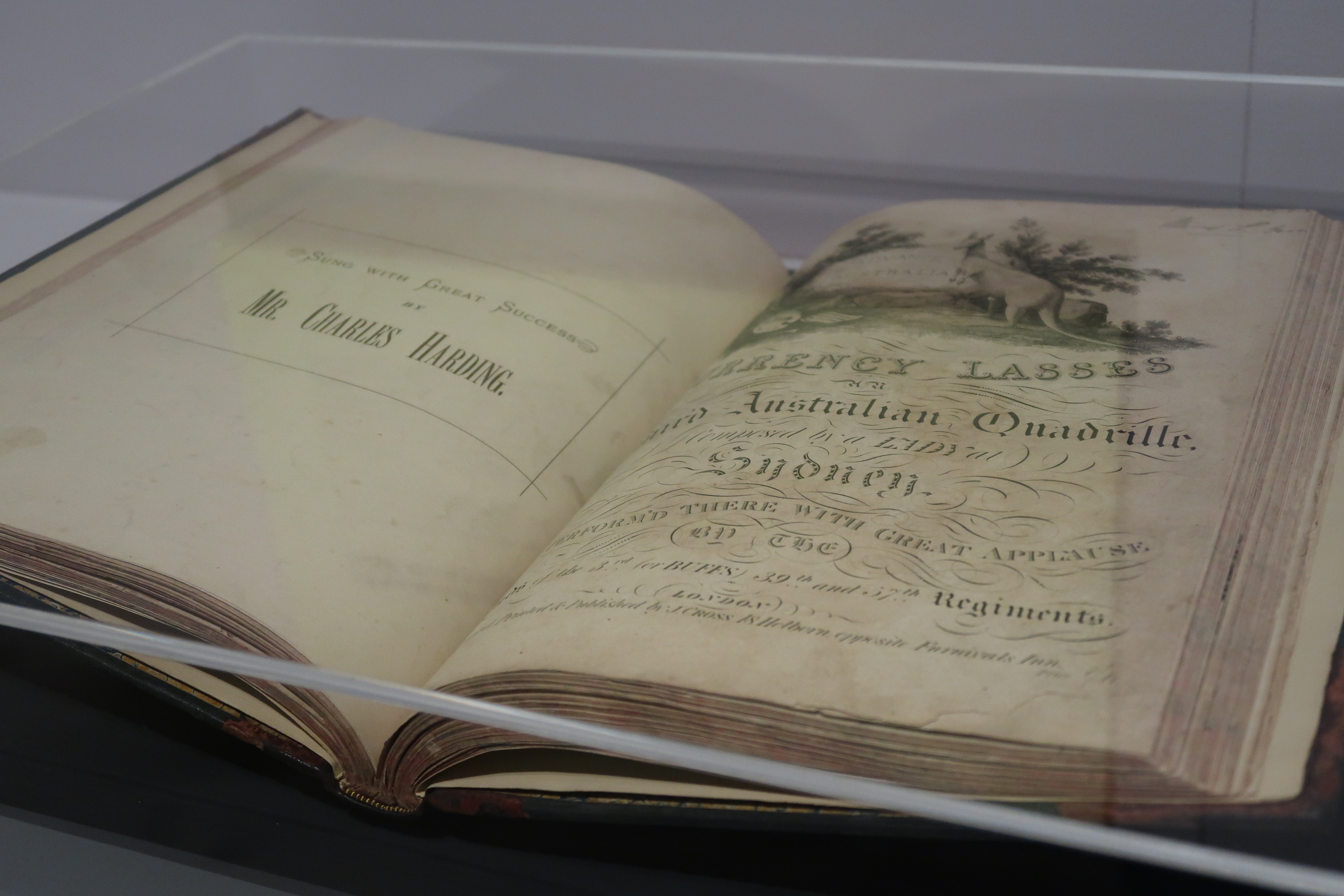 The extensive soundtrack of recordings made especially for the exhibition is freely available online alongside exhibition stories and multimedia materials. These include films and sound produced in the UK to illustrate the musical practices of Georgian Britain that early settlers and colonial administrators brought with them to Australia. With generous funding from the Arts and Humanities Research Council of Great Britain, Sound Heritage members Professor Jeanice Brooks (University of Southampton) and Dr David McGuinness (University of Glasgow) produced the films and recordings at Jane Austen’s House Museum and Dalkeith Palace (Buccleuch Living Heritage Trust). In addition to supporting the production of the soundtrack, the AHRC also enabled the inclusion of Jane Austen’s music books in the exhibition, a series of workshops and activities at Jane Austen’s House Museum and the Museum of Sydney, and the collection of interview materials from contemporary communities about the links between music and home. 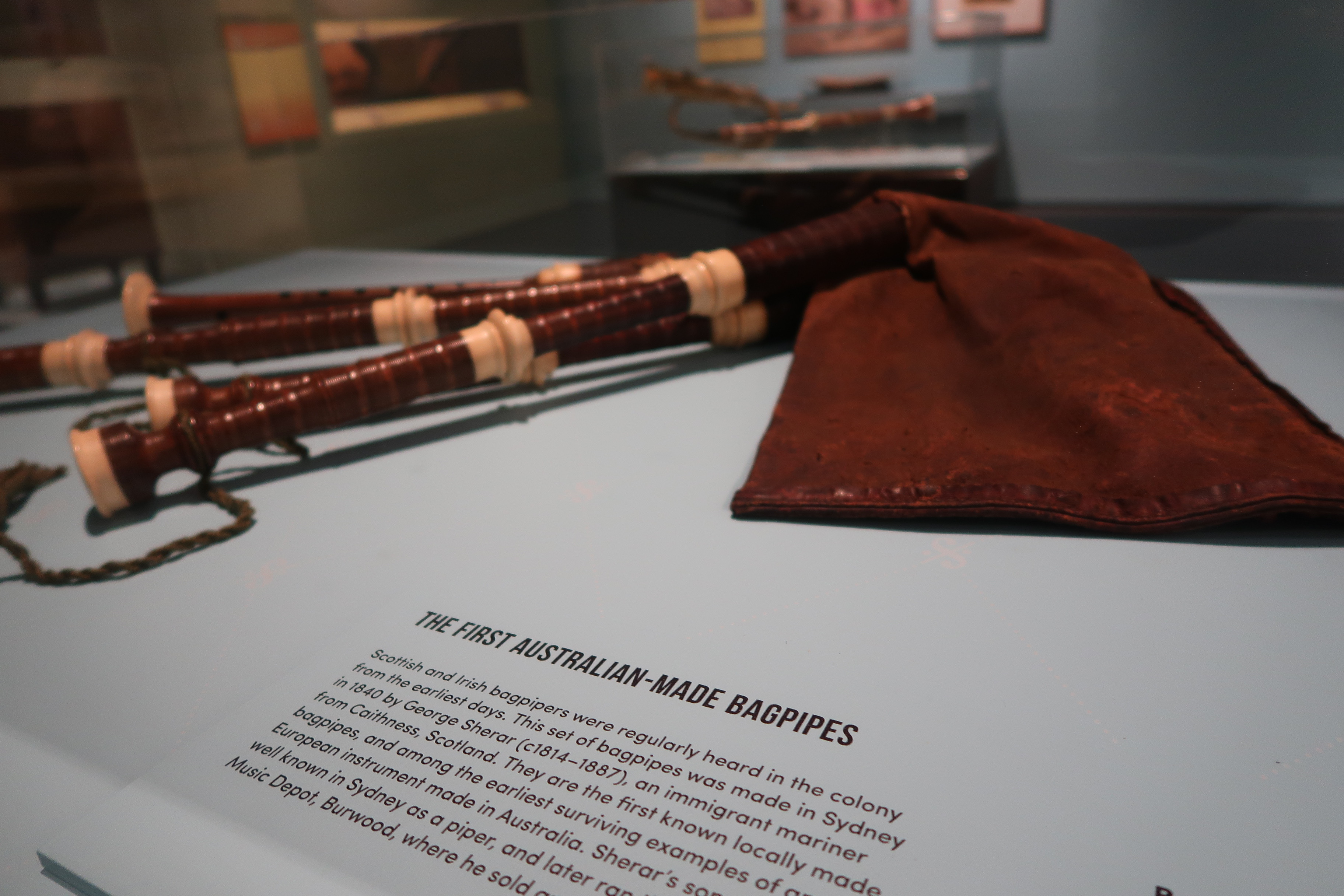 All of the films made in Jane Austen's House Museum and Dalkeith Palace are now available on the Sound Heritage Video Galleries pages. The music spans a range of repertoire that amateur and professional musicians of different classes knew and experienced at home in Britain, and that emigrants to Australia took in their minds and luggage to their new homes. Keyboard music copied by Jane Austen into her manuscript notebooks and songs that family memoirs record her performing at her modest home in Chawton, Hampshire were selected for performance in Jane Austen's House Museum. At Dalkeith Palace, extracts from opera and from elaborate arrangements of Scottish traditional song represent the sounds of aristocratic drawing rooms of the Gordon and Buccleuch families. Many of these pieces were transported to Australia in the manuscript music books of Georgiana McCrae, who grew up at Gordon Castle and emigrated to Australia in 1840. The taster film below was made in the icehouse at Dalkeith Palace to evoke the lives of servants and other workers on large Scottish estates, many of whom emigrated to Australia. The strikingly resonant space of the ice house must have been as fascinating to early nineteenth century visitors as it is to us today, and we imagine that workers going about their business in the ice house might have been tempted to try their voices in this strange and beautiful acoustic environment.