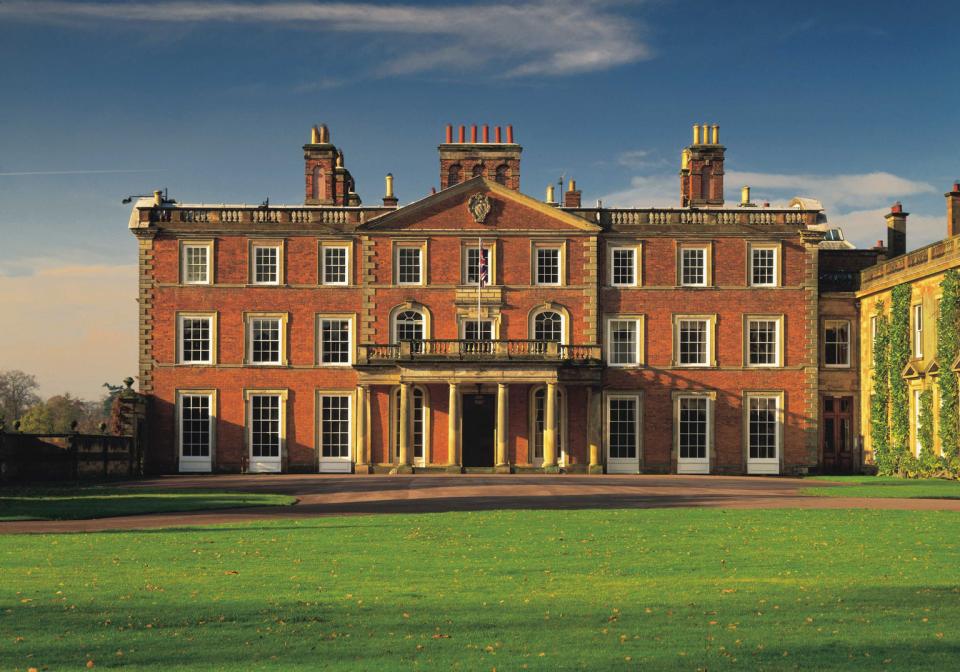 Situated on the Shropshire-Staffordshire border, Weston Park is the ancestral home to the Earls of Bradford. Weston was gifted to the nation by Richard, the 7th and present Earl, and with the aid of the National Heritage Memorial Fund, the collection is now in the care of the Trustees of The Weston Park Foundation. Among its treasures is a large collection of eighteenth century music belonging to Sir Henry Bridgeman, 1st Baron Bradford (1725-1800), known as Sir Henry Bridgeman, 5th Baronet between 1764 and 1794, and his family, who included Orlando Bridgeman who was to become the first Earl of Bradford in 1815.  Although this collection was known to the Foundation, its full significance wasn’t realised until researcher from Birmingham Conservatoire, Birmingham City University, Martin Perkins visited the estate in 2013 as part of his studies into music making among the nobility of the Midlands.

Sir Henry was evidently a keen amateur musician, playing the violin and probably the flute.  He is known to have become a member of the Noblemen and Gentlemen’s Catch Club in 1766, and he subscribed to the opera at the King’s Theatre, Haymarket, from the mid-1760s, and the Concerts of Ancient Music during the 1780s and 1790s.  He and his family would have seen the latest operas and witnessed the virtuosi and vocal stars of the day.  We know that some of his children were musical too: his two daughters, Charlotte and Elizabeth, played the harpsichord and harp, and his oldest son, Henry Simpson Bridgeman (1757-1782), was a keen cellist.  In the early 1780s Sir Henry commissioned portraitist Robert Edge Pine to paint the family in a musical setting. In this painting Sir Henry and Elizabeth are on the right of the scene, Charlotte is seated at the harpsichord and her younger sister, Eliza is playing the harp.  A bust of Handel and an organ complete the scene, showing the Bridgeman family as connoisseurs of taste. 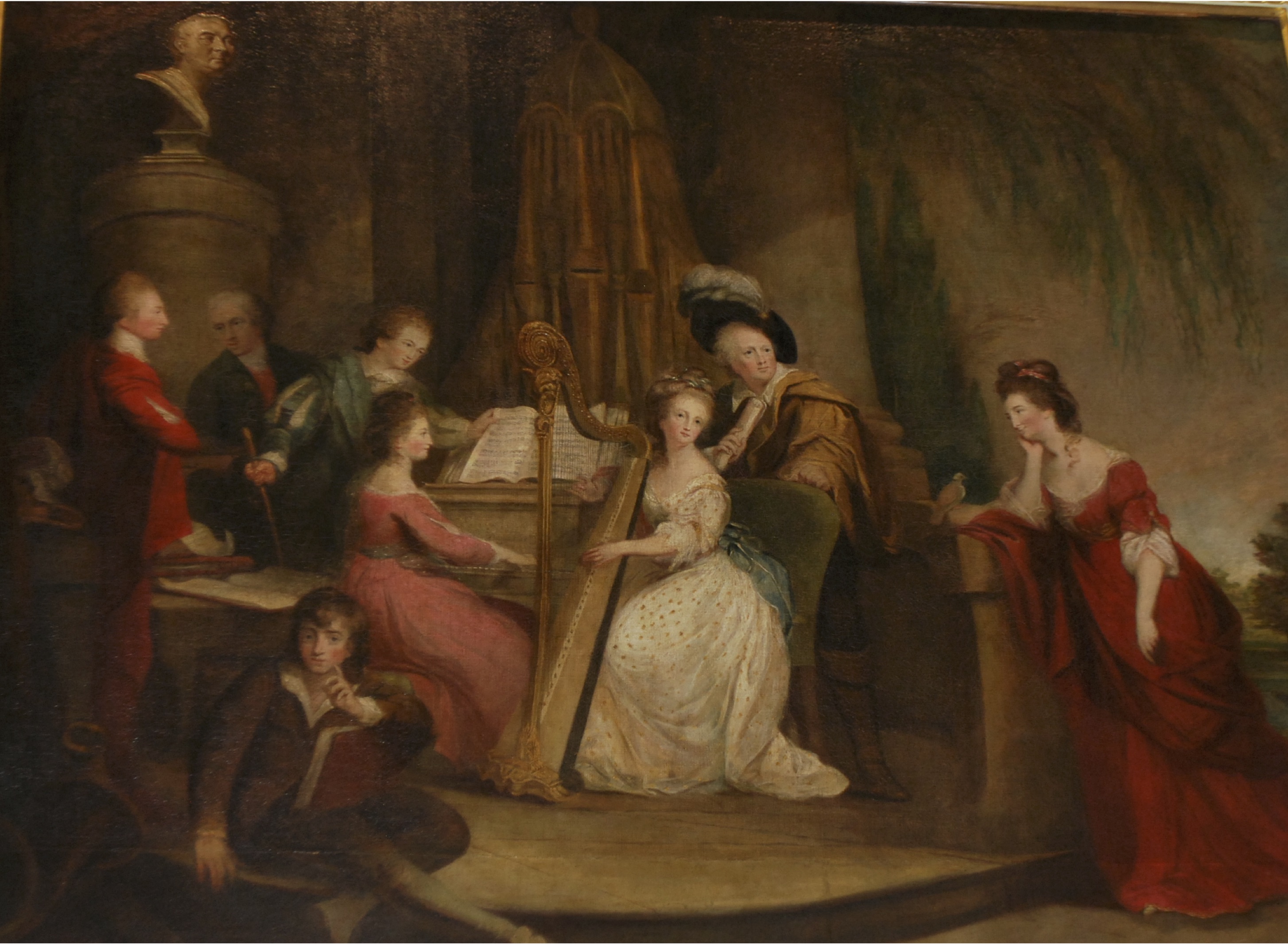 Martin’s research led him to the Staffordshire Record Office where the family’s surviving account books, diaries, household inventories and music catalogues are held.  Piecing together evidence from these sources, as well as the surviving music collection that remains at the house, has given much insight into music-making at Weston Park; who taught music to the daughters and how frequently, which friends and acquaintances they made music with, and how much music they once owned.  The surviving collection comprises around 230 printed works and 70 manuscript items, although there may have been double this number at the house in the eighteenth century.  Luckily, there are some unique works still among the manuscripts, many of them for cello, belonging to Henry Simpson Bridgeman. 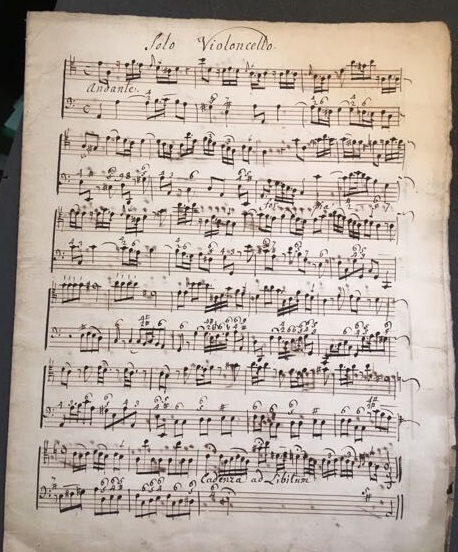 The manuscripts belonging to the young Henry Simpson include nineteen unattributed compositions previously unknown.  They are scored for either solo cello with basso continuo accompaniment or two cellos in duet, and are progressive in style. Henry labelled much of his printed music, including cello music by Giacobbe and James Cervetto and the celebrated Parisian cellist and composer Jean-Baptiste Bréval.  Many of the ascribed works show that Henry visited Paris every year from 1778 to his death in 1782.  Indeed, he purchased Bréval's Six Duos a deux violoncelles, op.2 in 1778 whilst on one of his French trips.  This French connection hints at the authorship of the numerous anonymous cello manuscripts in the Weston Park collection.  Although England was an important centre for cello music (we have Frederick, Prince of Wales to thank for the surge in popularity of the instrument from the 1730s onwards), it was Paris that hosted more virtuoso players from Italy and Germany in the 1770s and 1780s.  Along with the numerous anonymous works, there are a few with attributions, including a 'Sonatina', 'Rondeau' and 'Solo' for two cellos by James Cervetto (written c. 1780, and not previously known), a new cello sonata by Felice Giardini, and several cello arrangements of vocal pieces by Arne and Terradellas. 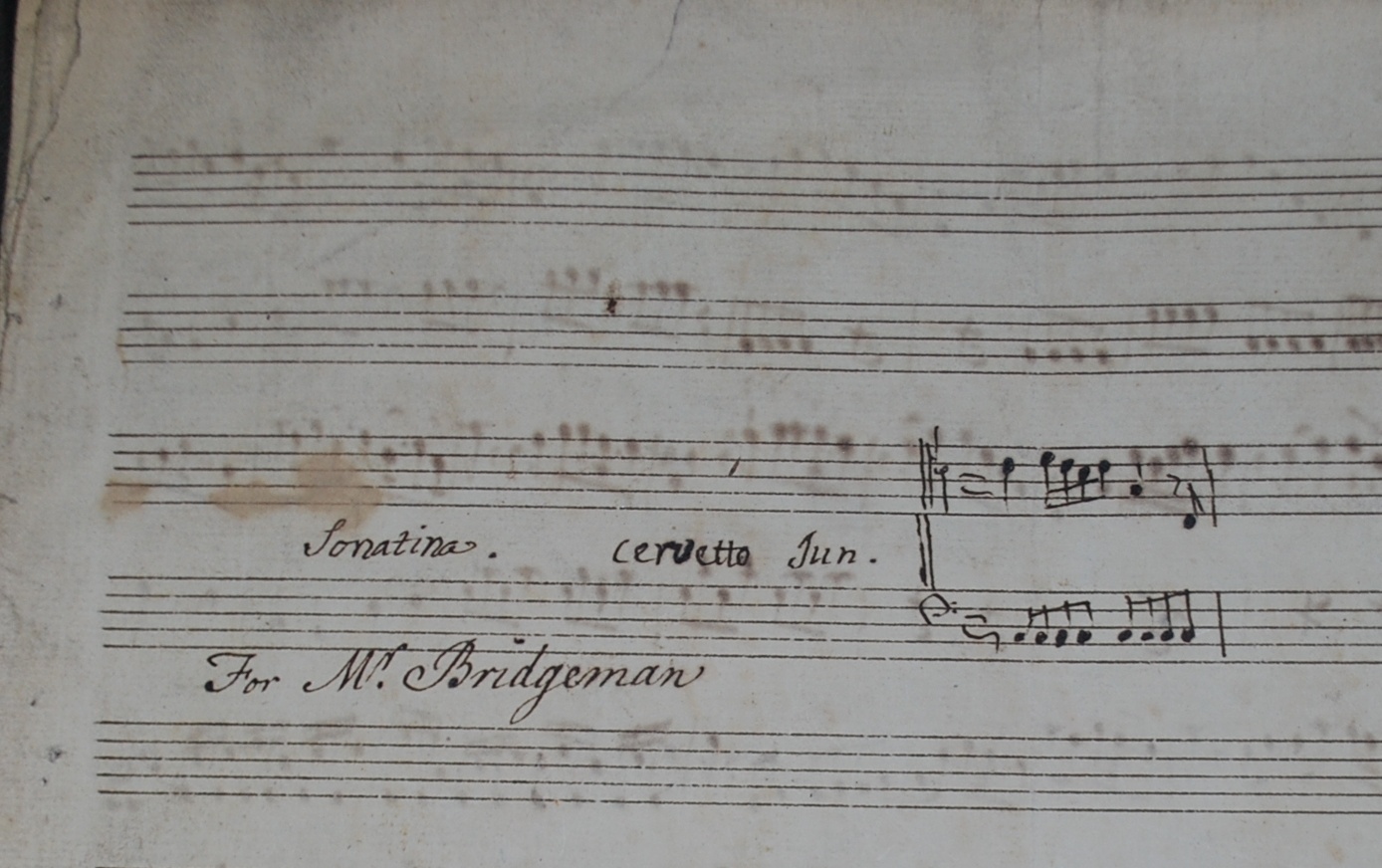 Martin has already presented some of his findings on the collection:

These recent findings on the cello manuscripts have resulted in some outputs, including:

In July 2017 Martin’s group the Musical & Amicable Society visited Weston Park to make a recording and give a performance of some of the unique cello works in the collection. 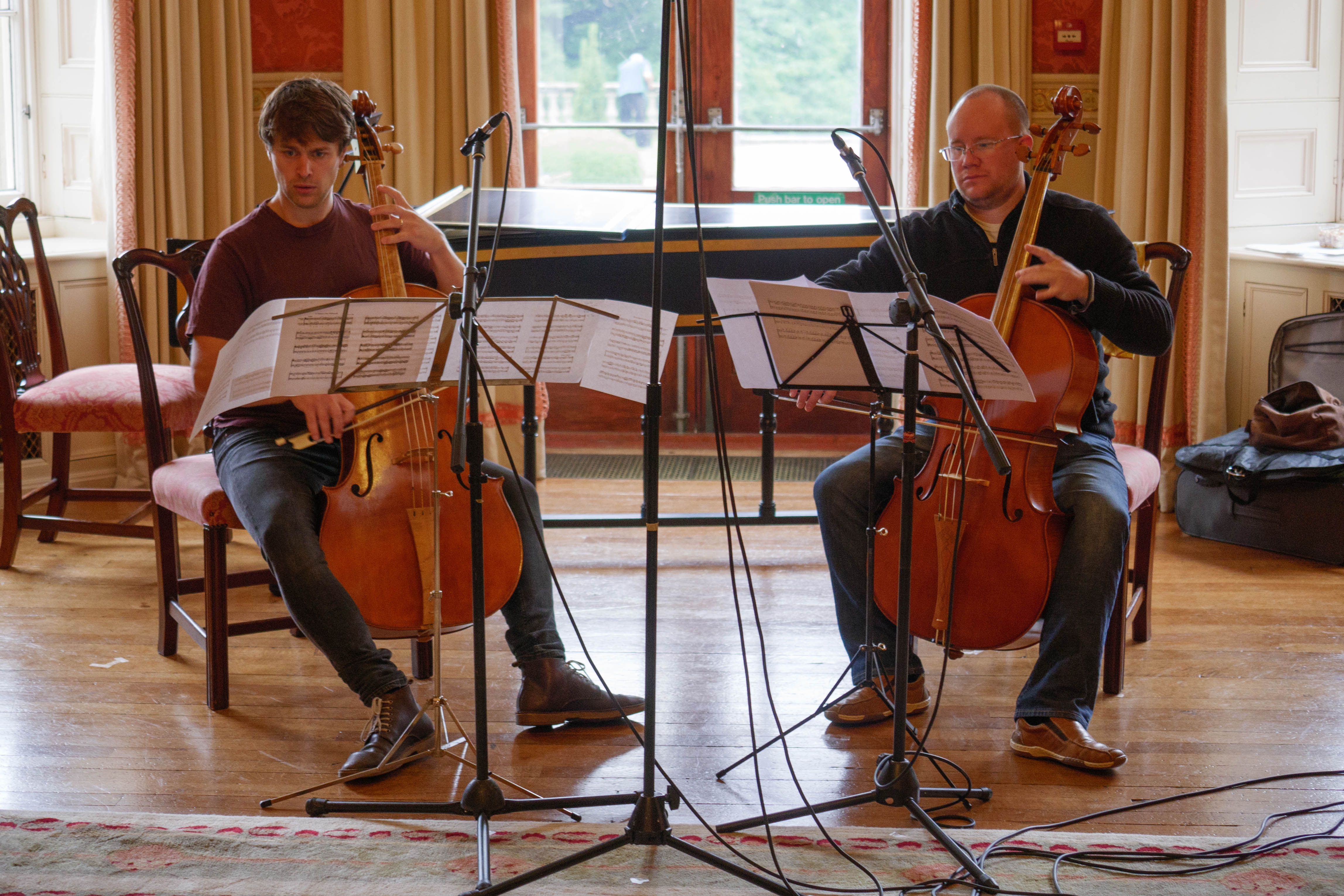 They were given a unique opportunity to record in the house itself, and to consult the manuscripts as part of the recording process.  Their stay at Weston Park finished with a performance of the music in the dining room.

The project received support from the Birmingham Conservatoire, Birmingham City University, and the Weston Park Foundation, as well as from a recent crowdfunding campaign, for which Martin wrote a series of informative updates as the project progressed.