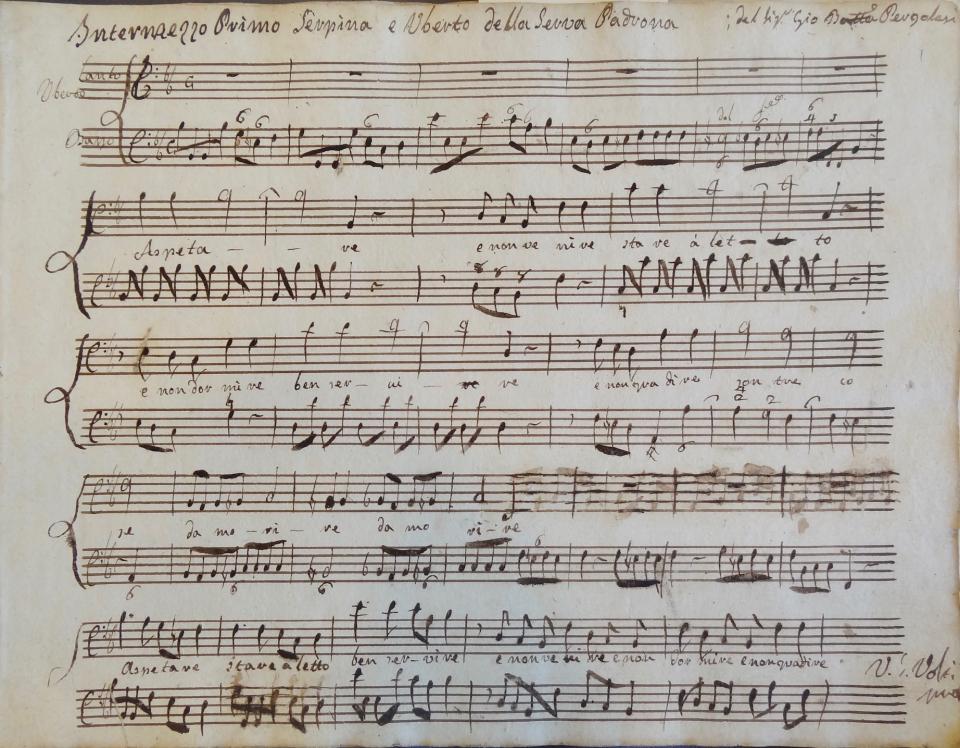 The Montagu Music Collection at Boughton House is an incredibly rich resource for the study of eighteenth- and nineteenth-century domestic music consumption. The addition of opera scores from Boughton to RISM makes these important sources newly visible to scholars.

Much of the Montagu Music Collection is associated with Lady Elizabeth Montagu, who married Henry, 3rd Duke of Buccleuch in 1767, and their children. Among its more than 500 items of music are a wealth of opera scores. Nearly 100 of these have now been added to Répertoire International des Sources Musicales (RISM), an online database which allows users to locate copies of musical works held in libraries and private archives across the world. Most items uploaded to RISM from the Montagu Music Collection (GB-KETmmc) are printed editions of English operas by composers such as William Shield and Samuel Arnold; also included are scores of French and Italian operas, and a series of Favourite Songs produced by the publisher Robert Bremner of Italian operatic excerpts. 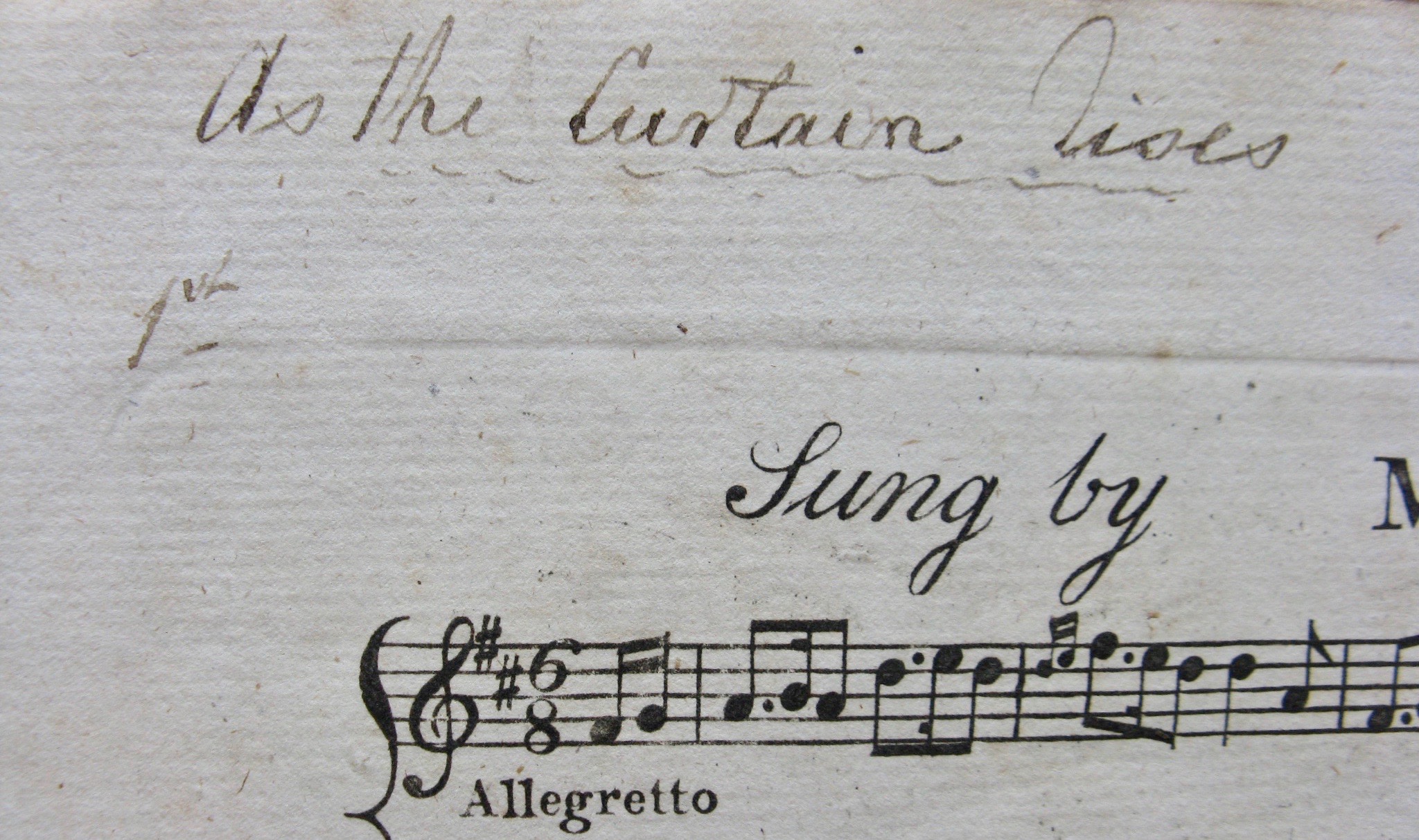 Particularly interesting items include an incomplete manuscript copy of Giovanni Battista Pergolesi’s intermezzo La serva padrona. Some printed scores like André-Ernest-Modeste Grétry’s Les mariages samnites and an English pasticcio version of Pierre-Alexandre Monsigny’s Le déserteur contain performance annotations such as text prompts, crossed out sections, and indications of figured bass, pauses, keys and tempo markings. On some scores the original publication information has been overlaid by another music seller: Thomas Carter’s Just in time, for instance, was “Sold at HIME’S Musical circulating Library” in Dublin although it was originally published in London, and Nicolas-Marie Dalayrac’s La soirée orageuse, issued in Paris by Leduc, was sold by Joseph-Henri Mees in Hamburg. 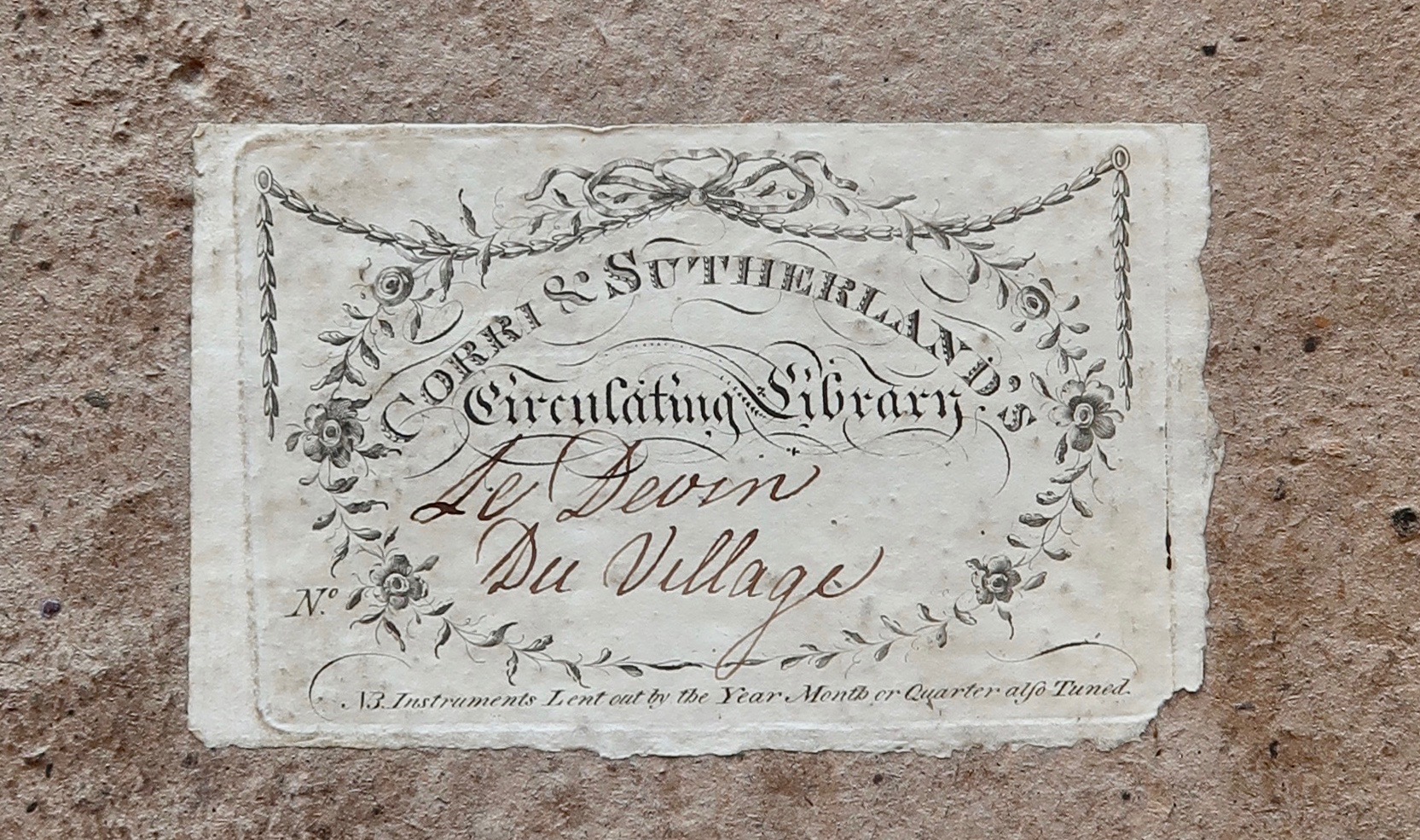 Labels on the covers of Thomas Hamly Butler’s  Widow of Delphi (London) and Jean-Jacques Rousseau’s Le devin du village (Paris) show that they were acquired through “CORRI & SUTHERLAND’S Circulating Library”. The Corri family and James Sutherland ran a music publishing business in Edinburgh between c.1780-1790. They were not only the Buccleuch-Montagu family’s local music sellers when they were at their seat of Dalkeith Palace, but they also taught music to the Montagu children. Some of the family’s itemised bills from Corri & Sutherland match other opera scores in the collection, such as Shield’s Fontainbleau, or Our way in France and Arnold’s Inkle and Yarico, indicating they were purchased just months after the productions premiered in London.

The RISM cataloguing was completed by Katrina Faulds as part of the “Music, Home, and Heritage: Sounding the Domestic in Georgian Britain” project, led by Jeanice Brooks and Wiebke Thormählen and generously funded by the Arts and Humanities Research Council in the UK. The project team is grateful to His Grace, the Duke of Buccleuch and Queensberry, for access to the collection, and to Paul Boucher and Crispin Powell for their invaluable assistance. The work could not have been achieved without the patience, generosity and expertise of Jennifer Ward at RISM, who fielded numerous queries about differences between editions, and Jonathan Frank and the digitisation team at the Royal College of Music, who provided much needed corroboration of details and digital access to scores.