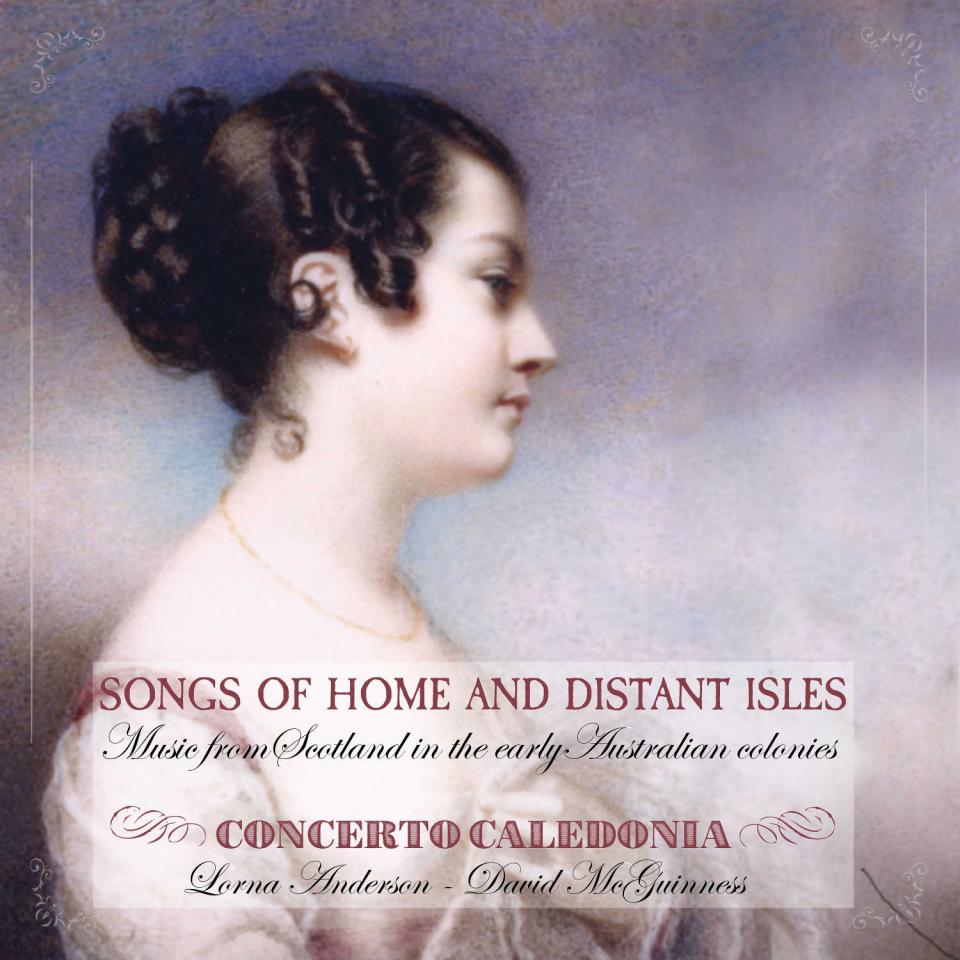 The album was made to accompany the Songs of Home exhibition at the Museum of Sydney (August-November 2019), curated by Sound Heritage member Dr Matthew Stephens. Songs of Home explored concepts of home and homeland through the music of First Nations peoples, convicts, and settlers to understand the forces at work in creating a new and uniquely Australian soundscape in the early nineteenth century. Concerto Caledonia's contribution to the exhibition soundtrack was to research and bring to life the music brought to Australia by the large numbers of Scottish emigrants to the colonies.  Many of the pieces feature in the music albums of Georgiana McCrae, whose music copybooks compiled in Britain sailed with her to Australia in 1840, and are now preserved at the McCrae Homestead in Victoria. We recorded at Dalkeith Palace near Edinburgh, which in the early nineteenth century was the seat of Henry Scott and Elizabeth Montagu, 3rd Duke and Duchess of Buccleuch. From balls and concerts given in the grand Gallery, to more informal music-making by the duke and duchess and their children, to the songs of the servants and tenants of the wider estate, Dalkeith was home to the full range of domestic music of the period: music that emigrants from the Buccleuch estates took with them to colonies all over the rapidly expanding British empire.

Links to the album can be found on the following websites:

Videos of these performances are all freely available online in our Video Galleries section.