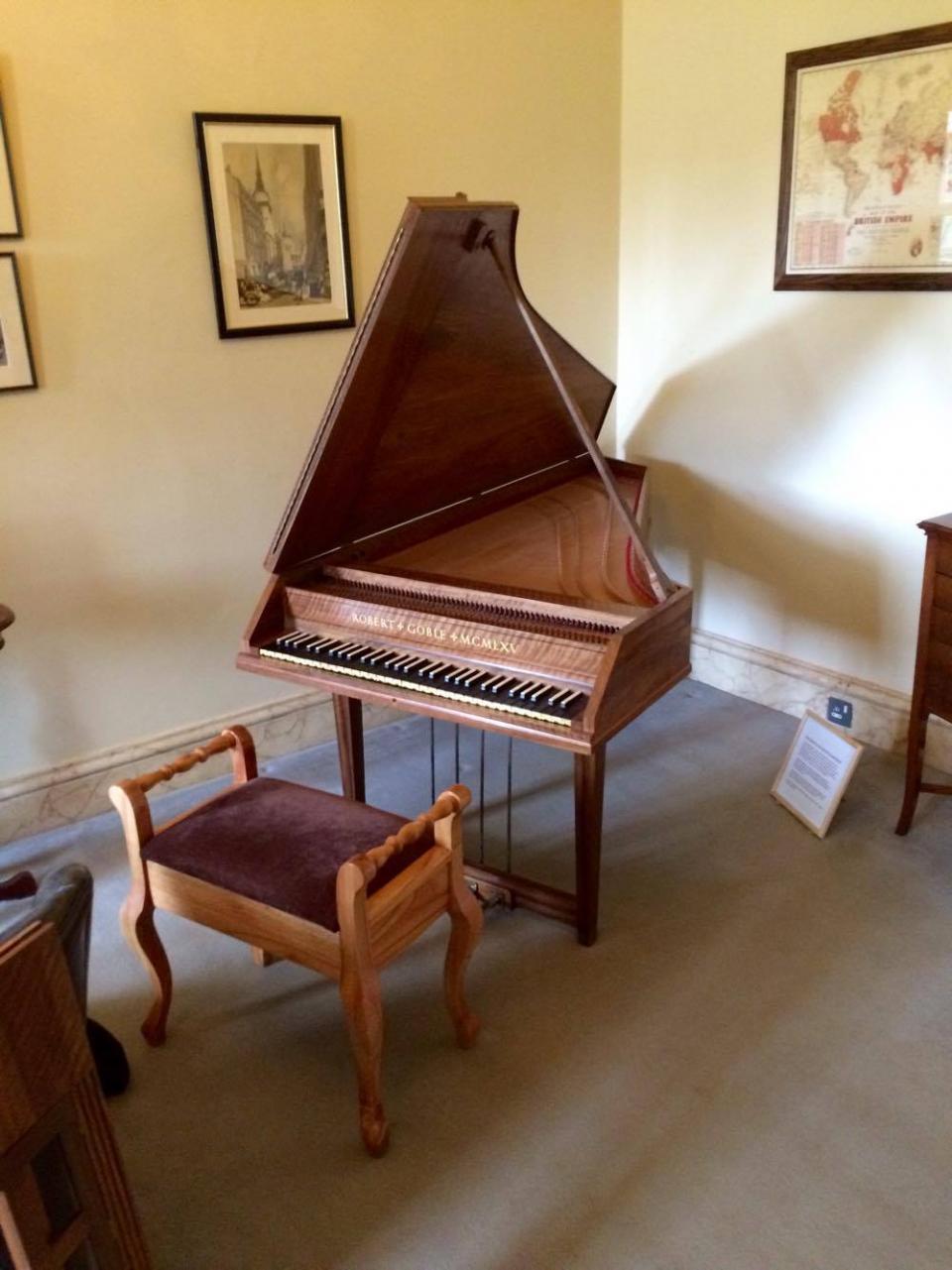 In March 2016 this small harpsichord was installed in the Boy’s Room at Mottisfont Abbey. The new display was instigated by the Making of the Modern Harpsichord project, a collaboration between the University of Southampton and the National Trust. It aims to highlight the activities of one of the property’s former inhabitants: Raymond Russell, a key player in the revival of the harpsichord in the mid 20th century, who spent much of his childhood and early adulthood at Mottisfont.

Recent research has shown that it is highly likely that one of Raymond’s instruments was kept in this room.  The choice of instrument for display is important: it isn’t a stunning historic instrument like those Raymond’s mother Maud once kept at the house as a poignant memento of her son’s now famous collection and tragic early death.  This is a harpsichord that does not have to be kept under lock and key, that visitors to this National Trust property can play, and that the brilliant volunteers there can feel confident to talk about, open up and show off in detail.  The instrument was built in 1965 by Robert Goble, a well-established Oxford-based firm.  This type of harpsichord is often known as a revival instrument and differs in many ways from instruments usually played in concerts and recordings today.  Although it is clearly not an instrument that Raymond would have known (he died in 1964), or been interested in collecting, it is an instrument that follows on a tradition of making that Raymond knew well.

As part of the property’s Knowledge Exchange programme Katharine Hawnt, whose main role has been to research the life and work of Raymond Russell, has presented talks to staff and volunteers on her research findings.  From their enthusiastic response and engagement, it is already abundantly clear that this sort of research is invaluable.   Further work to explain the link with harpsichords to Mottisfont is planned for the coming months.  In addition to new information for the room card, copies of Raymond Russell's own publications will be placed around the Boy’s Room for visitors to pick up and peruse.  In August the project’s contemporary harpsichord specialist, Christopher D. Lewis, will train key volunteers and staff in how to use and look after the instrument, thus ensuring its longevity at the property.  To give a sense of the sound world that Raymond and his family would have experienced, we hope to place some historic harpsichord recordings in the room with a reproduction record player in order for volunteers to put on different records and fill part of the house with evocative harpsichord sounds.  Most excitingly, on October 15th we’ll hold our first harpsichord event at the property – an evening of British, mainly 20th- century, keyboard music and a talk about Raymond Russell.